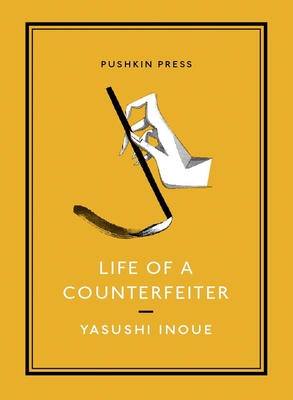 A master forger lives in obscurity and disappointment, oppressed by the shadow of the artist whose work he copies. Unglamorous, unadorned lives such as this form the focus of Yasushi Inoue's tenderly observed, elegantly distilled short stories - two of which are appearing in English for the first time. With a haunting emotional intensity, they offer glimpses of love lost and lives wasted.

These three luminous, compassionate tales showcase the mastery and exquisite talent of one of Japan's most beloved writers.

Born in 1907, Yasushi Inoue worked as a journalist and literary editor for many years, only beginning his prolific career as an author in 1949 with Bullfight. He went on to publish 50 novels and 150 short stories, both historical and contemporary, his work making him one of Japan's major literary figures. In 1976 Inoue was presented with the Order of Culture, the highest honour granted for artistic merit in Japan. He died in 1991.

Translated from the Japanese by Michael Emmerich.

Praise For Life of a Counterfeiter (Pushkin Collection)…

"Two graceful new translations [of The Hunting Gun and Life of a Counterfeiter] should help expand [Inoue's] audience in English . . . These elegant new editions of Inoue’s work are in keeping with his masterfully understated prose." — New York Times Book Review

"Inoue writes with remarkable clarity and disarming simplicity about feelings and concepts usually too intricate and ambiguous to pin down." — Kirkus Reviews

"The three powerful stories collected here were written by Inoue in the years following WWII, giving readers a nuanced glimpse of the postwar psyche… Inoue's prose is simple without being austere, a perfect vehicle for these beautiful stories full of pathos for those lonely souls who live in the shadows. This haunting, elegiac trio makes clear Inoue's position as a Japanese literary master." — Publishers Weekly (STARRED review)

"The Hunting Gun and Life of a Counterfeiter complement each other nicely as a pair. Delicate and powerful on their own, taken together the two works form a haunting, sensitive meditation on memory as well as a wonderful introduction to a master sorely underappreciated in the West." - Music and Literature


"Taut, probing style and Proustian preoccupation with memory were there from the beginning of his fiction career. . . . Inoue depicts in admirably straightforward prose the roiling waters of love, marriage, passion, and the effects of the passage of time on all three, as in his evocation of a match whose light has gone out. . . . Inoue’s characters always are slaves to their fates. It’s a testament to his poetic imagination that he compels us to follow them avidly as they slide forward through time, transforming as they go into creatures of memory." - Jon Sobel, Blogcritics