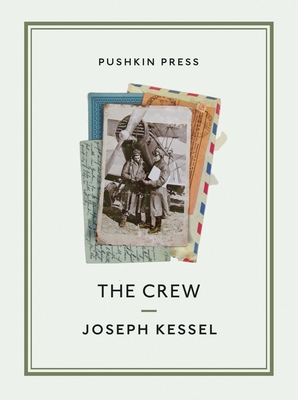 The crew of a French reconnaissance plane during WW1 consisted of just two men: a pilot and an observer. Two such men are Jean Herbillon and Claude Maury. Herbillon's dreams of glory as an air ace have been dashed after only a few months at the front; Maury suffers from a broken heart--his only hope is that his exploits as a pilot will win back his lost love. Together the two form one of the best crews in the air, fighting in the first aerial conflict in history--one in which a combatant can count his life expectancy in weeks. The pressure of war forges a strong bond between the two flyers, but can it survive the discovery that they are both in love with the same woman?


Joseph Kessel's autobiographical novel is a staggering tale of courage, brotherhood and loss.

Born in Argentina in 1898, Joseph Kessel's family moved to France in 1908. He studied in Nice and Paris and flew for the French air force in World War One. Kessel published his first novel in 1922, and went on to win the Grand Prix de l'Academie Francaise for Les captifs (1926). He flew again, for the Free French air force, during World War Two, after which he continued to write, to great acclaim, becoming a member of the Académie Francaise in 1962. He died in 1979. Many of his novels have inspired popular films, most famously Belle de jour (1969), directed by Luis Buñuel, starring Catherine Deneuve.
or
Not Currently Available for Direct Purchase
Copyright © 2020 American Booksellers Association