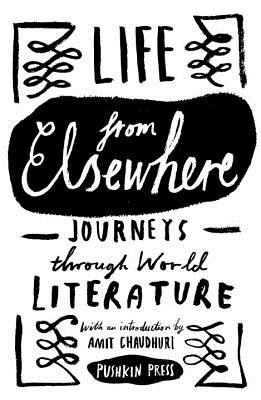 By Various, Amit Chaudhuri (Introduction by)

Writers in Translation, established in 2005 and supported by Bloomberg and Arts Council England, champions the best literature from around the world. To mark the programme's tenth anniversary, ten leading writers from around the world, many of whom have been supported in their work by English PEN, explore the themes of movement, freedom and narrative. Introduced by Amit Chaudhuri, the collection includes contributions from:

Asmaa Al-Ghoul (Gaza) is a short-story writer and journalist from Gaza, and advocate of media freedom. Mahmoud Dowlatabadi (Iran) is one of the Middle East's leading writers, and was imprisoned by the Shah's secret police in 1974. Alain Mabanckou (Congo) was shortlisted for the International Man Booker Prize 2015. Chan Koonchung (China) is a novelist and the founder of City Magazine. Ayelet Gundar-Goshen (Israel) is a novelist and journalist, and has worked for the Israeli civil rights movement. Hanna Krall (Poland), is an acclaimed and award-winning writer and journalist. Andrey Kurkov (Ukraine) is a writer of screenplays and author of critically acclaimed and popular novels. Andrés Neuman (Spain/Argentina) is an award-winning writer of novels, short stories, essays and poetry. Elif Shafak (Turkey) is an award-winning author who writes in both English and Turkish. Samar Yazbek (Syria) is a writer and journalist, and a prominent voice supporting human rights and women's rights.
or
Not Currently Available for Direct Purchase
Copyright © 2020 American Booksellers Association