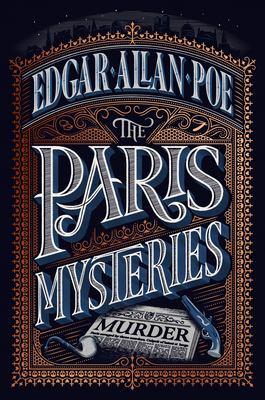 Three macabre and confounding mysteries for the first and greatest of detectives, Auguste Dupin

An apartment on the rue Morgue turned into a charnel house; the corpse of a shopgirl dragged from the Seine; a high-stakes game of political blackmail - three mysteries that have enthralled the whole of Paris, and baffled the city's police. The brilliant Chevalier Auguste Dupin investigates - can he find the solution where so many others before him have failed?

These three stories from the pen of Edgar Allan Poe are some of the most influential ever written, widely praised and credited with inventing the detective genre. This edition contains: 'The Murders in the Rue Morgue', 'The Mystery of Marie Rogêt' and 'The Purloined Letter'.

Edgar Allan Poe (1809-49) was an American writer, best known for his gothic, darkly romantic stories and poems. He is also credited with writing the first ever detective story: 'The Murders in the Rue Morgue'. Along with the other tales included in this edition, it has inspired generations of crime writers and spawned countless detective descendants of Auguste Dupin, including the great Sherlock Holmes.

"Each [of Poe's detective stories] is a root from which a whole literature has developed... Where was the detective story until Poe breathed the breath of life into it?" -- Arthur Conan Doyle

"He wasn't just a mystery/suspense writer. He was the first." -- Stephen King

"What a strange, though enormously talented writer, that Edgar Poe!" -- Fyodor Dostoevsky
or support indie stores by buying on
Copyright © 2020 American Booksellers Association