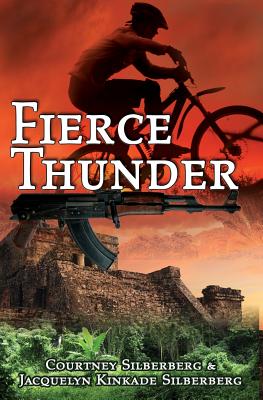 A mountain biking vacation goes terribly awry in the Mexican jungle when a small group of innocent vacationers and their guides stumble into a massacre between cartel rebel forces and militia over drugs and antique gold coins. Now a race for survival, the unequipped group is forced to deal with greed, betrayal and finding their way back to civilization, all the while being hunted by the owner, wanting his gold, drugs and... no witnesses. The characters include DR. BRAD SOMMERS, who is trying to forget, if only for a little while, a wrongful death lawsuit that could affect his life and career. KEVIN BLACK is a throwback, embroiled in a corporate family battle. CELIA DANE is a camera toting attorney in the middle of an ugly divorce. ROBBIE ROBERTS is a compulsive gambler and obnoxious loudmouth, who won the trip at a casino. RAMON GARCIA, a somewhat shady persona and his sister, ELENA, a collegiate bike racer, are their biking guides. ENRIQUE SALERNO, is a nefarious smuggler and owner of the contraband, who will stop at nothing to retrieve what is his. Life and death decisions confront them at every turn and ultimately, greed decides who lives and dies.

“The Silberbergs’ well-developed characters remain credible even in severe circumstances…
The story races through invigorating twists, including double crosses among both the good
and bad guys, an explosion or two, and the use of a bike as a weapon (of sorts)… A curvy
thriller with a few unexpected turns.” ...Kirkus Reviews