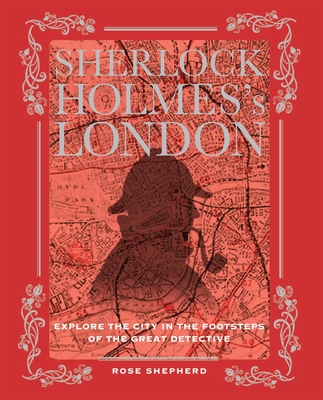 Explore the city in the footsteps of the great detective

Sherlock Holmes is one of the world's most famous detectives, but Sherlock would be nothing without 221B Baker Street, the West End and the crime-ridden streets of London. Indeed, you cannot talk about Sherlock Holmes and not immediately think about the wonderfully mysterious and foggy city that was London at the end of the nineteenth century, but more recent dramatizations such as the BBC's "Sherlock" have also created new interest in sites such as Barts Hospital and Speedy's Cafe. "Sherlock Holmes' London" is a guide to the areas of London featured in the original Sherlock Holmes' stories by Sir Arthur Conan Doyle, and also the newer locations featured in films and TV adaptations of his work. Each chapter covers an area of the city, from Westminster to the east-end docks, exploring the places in which Sherlock Holmes and Doctor Watson solved their mysteries, and elaborating on their geography, history and relevance to Sherlock Holmes' cases. With both old and contemporary photographs, illustrations, maps, posters, theater programs, and newspaper headlines, "Sherlock Holmes' London" offers an insight into the key role of the city in the life and work of Sherlock Holmes, from 1885 to the present day, and particularly investigates changing attitudes towards crime, punishment, and policing. Rose Shepherd merges anecdotes, quotations from the Sherlock stories, maps, and quirky historical facts in this wonderful guide that will have you itching to explore more of "Sherlock Holmes' London".

Rose Shepherd is the author of Sherlock Holmes' London and At Home with Henry VIII for CICO Books, as well as books on London's most amazing places, and Britain’s royal places and stately homes. Rose is based in Ramsgate, Kent, UK.
or
Not Currently Available for Direct Purchase
Copyright © 2020 American Booksellers Association