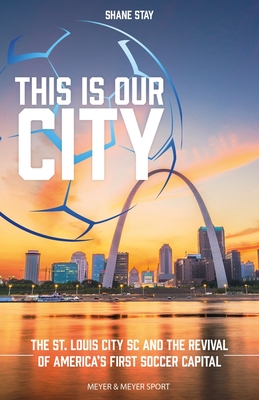 This Is Our City

The St. Louis City SC and the Revival of America's First Soccer Capital

Shane Stay is a bestselling author; he has written The Euro 2020 Book, European Soccer Leagues 2019, Major League Soccer 2019, The Women's World Cup 2019 Book, The World Cup 2018 Book, Why American Soccer Isn't There Yet, and The Cairo Project. In 2008, he played professional soccer with St. Louis Illusion. During his career as a soccer player, he earned a Missouri club state championship with Busch Soccer Club and a Holland Cup championship with a Metro East team. In 1999, he founded the first online Current Events Game (CE Game). He has appeared on TV and has featured on numerous radio broadcasts including ESPN and NPR.
Loading...
or support indie stores by buying on