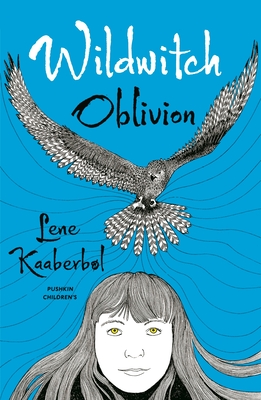 From Lene Kaaberbøl, known as the Danish J.K. Rowling: Book two in the Wildwitch series, an acclaimed new children's fantasy series about a young girl who can communicate with and control the natural world.

Barely recovered from her escapades of the previous year, Clara is just getting used to her new wildwitch identity, as well as to her mysterious new companion, Cat, when she is thrust into a new adventure. First, Clara's friend Shanaia is found badly injured, then Clara's best friend Oscar goes missing - kidnapped.

With no one to help her, Clara must journey on the Wildways to the windswept clifftop dwelling of Westmark. Here she will have to draw on her wildwitch powers, and discover new reserves of inner strength, as she once again faces her enemy, Chimera.

Award winning and highly acclaimed writer of fantasy, Lene Kaaberbøl was born in 1960, grew up in the Danish countryside and had her first book published at the age of 15. Since then she has written more than 30 books for children and young adults. Lene's huge international breakthrough came with The Shamer Chronicles, which is published in more than 25 countries and has sold more than one million copies worldwide.

"Lene Kaaberbøl chants her stories so that the reader is captured right from page 1." - Politiken (*****: five stars out of six)

"The reader will be wild for more." - Berlingske Tidende

"The uncrowned Danish queen of fantasy Lene Kaaberbøl turns up the drama in the second volume of her new Wildwitch series. (...) A high-class cozy thrill of a read, made for putting your feet up and enjoying" - Berlingske