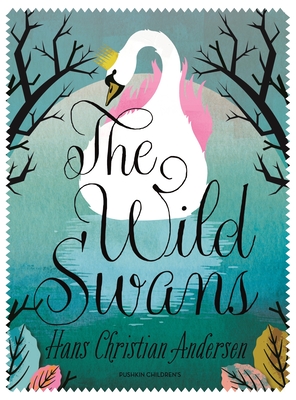 A princess has eleven brothers. The twelve siblings live happily and well, until their father decides to remarry. Their new stepmother is a wicked woman, and she turns all the brothers into swans and banishes the princess from the palace. And so it is left to Elisa to endure countless hardships alone in order to save her beloved brothers from the spell.

This edition also contains a new translation of Hans Christian Andersen's beloved story The Nightingale, a story about a Chinese emperor who prefers the song of a mechanical nightingale to that of the real bird. When he falls ill, it is the nightingale who saves him. The story has been adapted for stage, opera, muscial theatre and television many times.

Hans Christian Andersen (1805-1875) is one of the best-loved tellers of fairy tales. He was born in Odense, Denmark, the son of a poor shoemaker. The king helped to pay for his education, enabling him to become a short-story writer, novelist and playwright. Hans Christian Andersen remains best known for his fairy tales, which include The Red Shoes, The Emperor's New Clothes, The Little Mermaid and The Ugly Duckling. Pushkin Children's also publishes The Snow Queen.

Praise For The Wild Swans…

"Helen Crawford-White’s spacious illustrations practically beg to be colored in. . . The rich, specific language lends itself especially well to reading out loud, as befits one of Western Civ’s most supple storytellers. . . Beautiful." — The Wall Street Journal
or
Buy Here
Copyright © 2020 American Booksellers Association