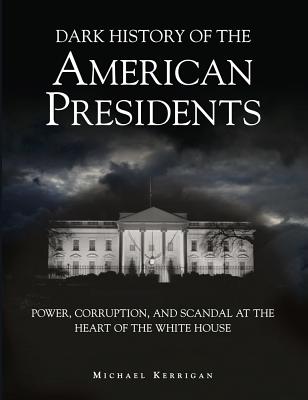 Power, Corruption, and Scandal at the Heart of the White House (Dark Histories)

The office of the American President has evolved dramatically over the last 200 years, from George Washington's heroic posturing as leader of a renegade nation, to calculated cunning as commander of a nuclear superpower. This colorful inventory of presidential transgressions reveals that every modern scandal is the descendant of remarkably similar predecessors. Detailing the disgraces of all forty-four Presidents, from sexual skirmishes to CIA cover-ups, Dark History of the American Presidents covers every dirty deed committed behind the White House fence, from financial profiteering and insider trading to illicit bugging of the opposition. Jefferson, Lincoln, Roosevelt, and Kennedy are all present, as are the more likely suspects such as Nixon. Running right up to the present and including the terms of Presidents Bush and Obama, Dark History of the American Presidents also tells the story of a nation's advancement: from post-Revolutionary days of anti-monarchy and slavery, through the bitter strife of internal wars, Reconstruction, boom and Depression, to her emergence onto the world stage as a superpower. Using reproductions of portraits in oil, period caricature and cartoons, as well as superbly-telling 20th century photojournalism, Dark History of the American Presidents reveals the true face behind what has become the most powerful job in the world.

Michael Kerrigan was educated at St. Edward's College and University College, Oxford, England. He is the author of The History of Death, A Dark History: The Roman Emperors, Ancients In Their Own Words, World War II Plans That Never Happened, and American Presidents: A Dark History. He is a columnist, book reviewer, and feature writer for publications including the Scotsman and the Times Literary Supplement. Michael Kerrigan lives with his family in Edinburgh.
or
Not Currently Available for Direct Purchase
Copyright © 2020 American Booksellers Association