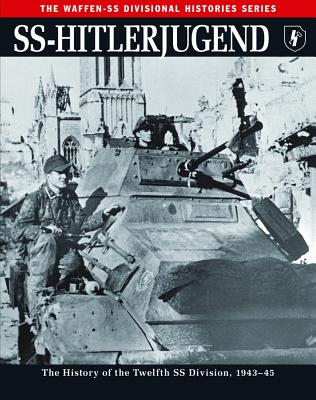 'Whoever has the youth has the future. My teaching will be hard. Weakness will be knocked out of them. A violently active, dominating, brutal youth - that is what I am after.' - Adolf Hitler
The divisions of the Waffen-SS were the elite of Hitler's armies in World War II. SS-Hitlerjugend is an in-depth examination of the unit formed in 1943 from veterans of the Leibstandarte Adolf Hitler Division and members of the Hitlerjugend (Hitler Youth) organization. The majority of the recruits were 17-year-old volunteers who were fanatically devoted to the Nazi cause and to Hitler personally. The book explores the background to the unit's formation, the type of young men it recruited, the key figures involved in the division and its organization. It also looks at the uniforms and insignia that members of the division wore to distinguish themselves on the battlefield. SS-Hitlerjugend also provides a full combat record of the division, which fought on both fronts in World War II. The book outlines the unit's involvement in the defence of Normandy, when Allied troops were shocked by the youth of the enemy and their willingness to accept appalling losses; the battle for Caen and the catastrophe of the Falaise Gap; refitting in Germany before the Ardennes offensive; and its service on the Eastern Front at the end of the war, fighting to recapture Budapest. Illustrated with rare photographs, SS-Hitlerjugend is a definitive history of one of Nazi Germany's most fanatical fighting units.