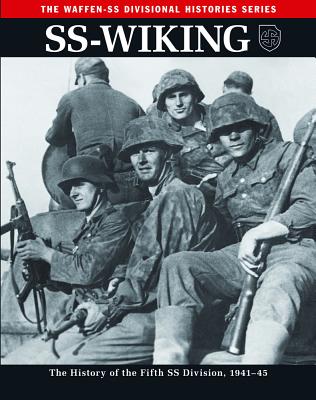 The 5th SS Division Wiking was the first 'international' - i.e. largely non-German - Waffen-SS division and the only German panzer division comprised largely of foreign troops. Approximately 75 per cent of the division's strength were non-German nationals, all volunteers, and the majority from occupied countries like Belgium, Holland, France, Denmark, and Norway. The Wiking division operated exclusively on the Eastern Front during World War II, where the division quickly earned itself a deserved combat reputation but also served as a 'finishing school', spinning off a host of additional Waffen-SS divisions. While Germany was on the offensive in the East, Wiking served as a spearhead for Operations Barbarossa and Citadel. Later in the war it served as a defensive 'fire brigade', plugging gaps in the line as needed in response to Soviet attacks: breaking out of the Cherkassy pocket and defending Budapest as part of the Sixth SS Panzer Army, before its tattered remnants ended the war attempting to postpone the inevitable in Berlin. Part of the SS Divisional Histories series, SS-Wiking is fully illustrated with rare Eastern Front photographs, many of which have never been published before. It also includes numerous maps and biographies of the key personnel, including such figures as Josef Mengele, Leon Degrelle, Felix Steiner and Herbert Gille.