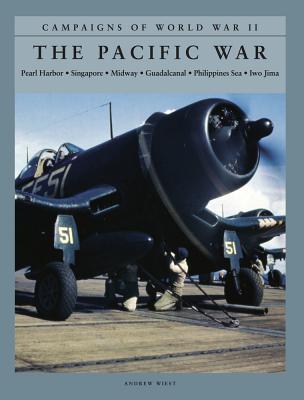 From the Japanese attack on Pearl Harbor to the dropping of the atomic bombs on Nagasaki and Hiroshima, this superbly illustrated history explores the Pacific War in its entirety. The Pacific War takes an in-depth look at the whirlwind Japanese victories of 1941-42, when her armies and navies conquered Hong Kong, Burma, Malaya, the Philippines, and the Dutch East Indies, and analyzes how the Allies, specifically the US, organized a counterattack. Full-color maps following the movement of forces enhance the authoritative text, and artworks display the uniforms, armored fighting vehicles, aircraft, and ships used in the campaign; specifications tables accompany the vehicle, ship, and aircraft images. This expert, accessible, and colorful volume will appeal to military enthusiasts.

Andrew Wiest is a Professor of History at the University of Southern Mississippi, Director of the Vietnam Studies Program, and co-director of the university's Center for the Study of War and Society. He is the coauthor of Passchendaele and the Royal Navy, The Illustrated History of the Vietnam War, and Strategy and Tactics: Infantry Warfare.
Loading...
or
Not Currently Available for Direct Purchase