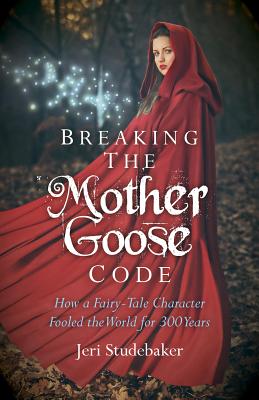 How a Fairy-Tale Character Fooled the World for 300 Years

Who was Mother Goose? Where did she come from, and when? Although she's one of the most beloved characters in Western literature, Mother Goose's origins have seemed lost in the mists of time. Several have tried to pin her down, claiming she was the mother of Charlemagne, the wife of Clovis (King of the Franks), the Queen of Sheba, or even Elizabeth Goose of Boston, Massachusetts. Others think she's related to mysterious goose-footed statues in old French churches called "Queen Pedauque." This book delves deeply into the surviving evidence for Mother Goose's origins - from her nursery rhymes and fairy tales as well as from relevant historical, mythological, and anthropological data. Until now, no one has ever confidently identified this intriguing yet elusive literary figure. So who was the real Mother Goose? The answer might surprise you.

Jeri Studebaker is the author of Switching to Goddess: Humanity's Ticket to the Future. She has advanced degrees in anthropology, archaeology and education. She lives near Portland, Maine, in the U.S.
Loading...
or
Not Currently Available for Direct Purchase