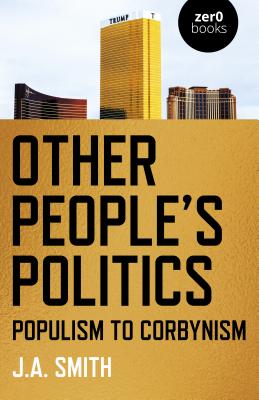 How did Trump and Brexit go from laughable impossibilities to everyday reality? Why did digital media stop being cool and progressive, and become a reactionary, brainwashing nightmare? And, how did the Left get its act together and start winning again? From right to left, Other People's Politics is the indispensable guide to post-2016 life. 'Other People's Politics is to contemporary political debates what Virginia Woolf's A Room of One's Own was to early feminism: a call for progressives to work tirelessly so that everyone is granted the material conditions necessary for reading a difficult book like James Joyce's Ulysses, if they choose to.' Yanis Varoufakis, former Minister of Finance in Greece's SYRIZA government.

J.A. Smith is an English literary critic and political commentator. He has written books on the 18th century novel and on theories of work. His writings on Brexit, the radical right, the Labour Party under Corbyn, and Bernie Sanders have appeared in The Independent and Jacobin. He is editor of the Everyday Analysis Collective. Smith teaches literature and critical theory at Royal Holloway, University of London. He lives in Cheshire, UK.
Loading...
or support indie stores by buying on