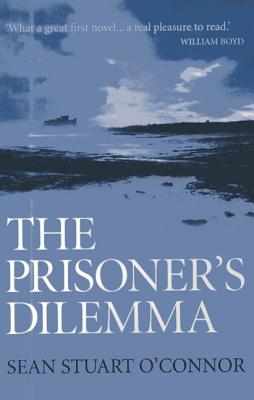 The Caithness coast. Winter 1745. Rebellion year. A half-mad earl witnesses a murder. But seeing the appalling decision the killer had taken leads him to invent his 'game of life' - The Prisoner's Dilemma - and he writes to his old friend, David Hume, inviting him to his ancient stronghold to explore its meaning. Hume is only too pleased to go. He has just met Adam Smith and the two of them have disagreed about man's instinct for survival - and how compassion can exist in a world driven by self-interest. But before Hume's discussions with the earl can begin, two strangers arrive from Prussia who will turn their lives upside down - and attract the attentions of the English army. As the pace of the story quickens to a claustrophobic climax, the greatest questions of the age sluice wildly about the action and people find themselves driven relentlessly towards their destinies in love and betrayal, ambition and failure and, eventually, in life and death. But as the secrets of game theory unfold the characters' motivations, and their deceits and feints are laid bare, a simpler story is exposed- it is the compelling tale of three utterly ruthless men, each of whom is determined to win for himself the love of an extraordinary woman. Who will win? And why?

Sean Stuart O'Connor spent over 20 years as a Mad Man before becoming a Dragon - and creating, investing in and directing a wide range of companies and organisations. He lives in London and Somerset.
Loading...
or
Not Currently Available for Direct Purchase