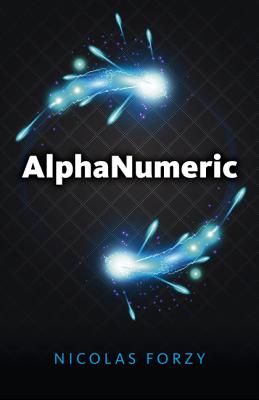 There is a world populated entirely with living numbers and letters. When dyslexic teenager Stu accidentally transports himself there, his arrival triggers a prophecy that pulls the two rival communities into war. To escape, he must teach a young vowel he befriended how to count. Because letters that count become variables, and variables can use geometry... to fly. In his quest to return home, Stu will have to navigate the dangerous and angular System of Numbers, ruled by the Prime Constants. He will find allies in the neighboring Land of Letters, governed by the Council of Vowels. As he explores the many sides of this intimidating, mysterious and fascinating world, Stu will finally be forced to face his crushing fear of flying in order to escape. But more than anything, Stu will fight desperately to save Yana, the one vowel who helped him, who trusted him and who is now blaming him for the chaos of alphanumerical war that Stu's arrival has brought into her life. But as the battle begins, Stu may already be too late.

AlphaNumeric is Nicolas Forzy's debut novel, after over a decade writing scripts for corporate films as well as for the silver screen. His passion for storytelling has grown over the last twenty years working in fields as varied and diverse as investment banking, the military and the movie industry. Now based in the United Arab Emirates with his wife and son, Forzy dedicates every spare moment to the improvement of his craft.
Loading...
or
Not Currently Available for Direct Purchase