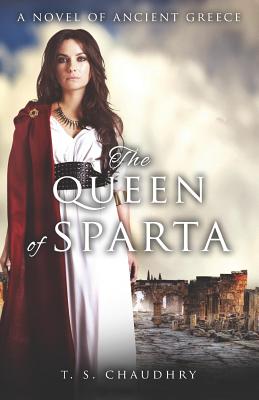 The Queen of Sparta

Xerxes, the Great King of Persia invades Greece in 480 B.C. at the head of a massive army. Three hundred Spartans and King Leonidas die heroically blocking the Persian advance at the pass of Thermopylae. The Persians are poised to conquer all of Greece. The only one standing in their way is a woman - Gorgo, Queen of Sparta. Though history has relegated her role to that of a bystander, what if she played a central role in the Greek resistance to the Persian invasion. What if she kept her true role a secret in order to play it more effectively? What if she was hiding other secrets too - dark secrets of murder and vengeance? What if the only person who truly appreciated her genius was an enemy prisoner whom she has vowed to kill? What if after their victory, the Greeks started to turn on each other? What if, eventually, Gorgo had to choose between the security of Sparta and safety of her son? And what if the only one who could find a way out is the same prisoner who had once fought against the Spartans?

T.S. Chaudry is a former Pakistani diplomat, currently working for the United Nations on the peace process in Somalia. He has a Ph.D. from the University of Cambridge, and first and second degrees from Cornell and Harvard Universities, respectively. He has a passion for ancient history.
Loading...
or
Not Currently Available for Direct Purchase