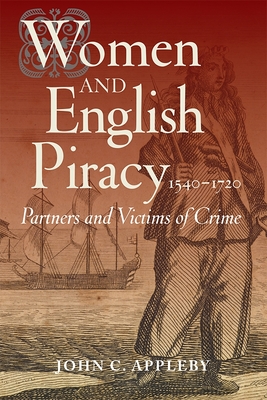 Partners and Victims of Crime

Piracy was one of the most gendered criminal activities during the early modern period. As a form of maritime enterprise and organized criminality, it attracted thousands of male recruits whose venturing acquired a global dimension as piratical activity spread across the oceans and seas of the world. At the same time, piracy affected the lives of women in varied ways. Adopting a fresh approach to the subject, this study explores the relationships and contacts between women and pirates during a prolonged period of intense and shifting enterprise. Drawing on a wide body of evidence and based on English and Anglo-American patterns of activity, it argues that the support of female receivers and maintainers was vital to the persistence of piracy around the British Isles at least until the early seventeenth century.
The emergence of long-distance and globalized predation had far reaching consequences for female agency. Within colonial America, women continued to play a role in networks of support for mixed groups of pirates and sea rovers; at the same time, such groups of predators established contacts with women of varied backgrounds in the Caribbean and the Indian Ocean. As such, female agency formed part of the economic and social infrastructure which supported maritime enterprise of contested legality. But it co-existed with the victimisation of women bypirates, including the Barbary corsairs. As this study demonstrates, the interplay between agency and victimhood was manifest in a campaign of petitioning which challenged male perceptions of women's status as victims. Against this background, the book also examines the role of a small number of women pirates, including the lives of Mary Read and Ann Bonny, while addressing the broader issue of limited female recruitment into piracy.