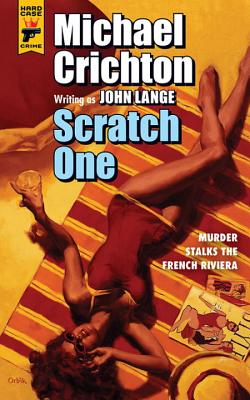 To prevent an arms shipment from reaching the Middle East a terrorist group has been carrying out targeted assassinations in Egypt...Portugal...Denmark...France. In response, the United States sends one of its deadliest agents to take the killers down.

But when the agent is delayed in transit, lawyer Roger Carr gets mistaken for him. Now, with some of the world's deadliest men after him, will he survive long enough to prove his identity?

Praise For Scratch One…

"One of the best books in the Lange bunch." - Trash Mutant

"Scratch One is a great starting point for this “new-old” series, and should have alerted the world in 1967 that an excellent, up-and-coming novelist was in our midst." Borg.com

Until, 40 years after John Lange was born, Michael Crichton chose Hard Case Crime to bring him back, personally re-editing two Lange books, even writing new chapters for one of them. Now Hard Case Crime is proud to bring all of John Lange's work back into print for the first time in decades - and the first time ever under Michael Crichton's real name.
Loading...
or
Not Currently Available for Direct Purchase