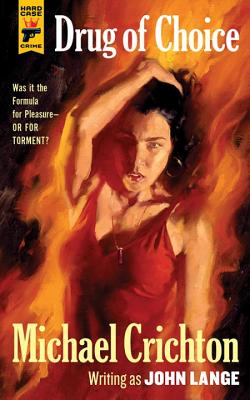 On a secret island in the Caribbean, bioengineers have devised a vacation resort like no other, promising the ultimate escape. But when Dr. Roger Clark investigates, he discovers the dark secret of Eden Island and of Advance Biosystems, the shadowy corporation underwriting it...

Praise For Drug of Choice…

Until, 40 years after John Lange was born, Michael Crichton chose Hard Case Crime to bring him back, personally re-editing two Lange books, even writing new chapters for one of them. Now Hard Case Crime is proud to bring all of John Lange's work back into print for the first time in decades - and the first time ever under Michael Crichton's real name.
Loading...
or
Not Currently Available for Direct Purchase