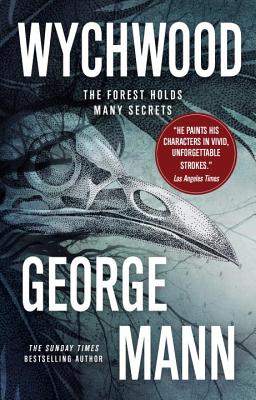 After losing her job and her partner in one fell swoop, journalist Elspeth Reeves is back in her mother’s house in the sleepy village of Wilsby-under-Wychwood, wondering where it all went wrong. Then a body is found in the neighbouring Wychwoods: a woman ritually slaughtered, with cryptic symbols scattered around her corpse. Elspeth recognizes these from a local myth of the Carrion King, a Saxon magician who once held a malevolent court deep in the forest. As more murders follow, Elspeth joins her childhood friend DS Peter Shaw to investigate, and the two discover sinister village secrets harking back decades.

George Mann is the author of the Newbury and Hobbes and The Ghost series of novels, as well as numerous short stories, novellas and audiobooks. He has written fiction and audio scripts for the BBC’s Doctor Who and Sherlock Holmes. He is also a respected anthologist and has edited The Solaris Book of New Science Fiction and The Solaris Book of New Fantasy. He lives near Grantham, UK.

"Great fun and a spectacular read.  The story of the Carrion King story is so good thatyou'll want it to be real...readers may forever fall in love with the English countryside." -- New York Journal of Books

"Though less explicit than in Mann’s Newbury and Hobbes occult mysteries (The Executioner’s Heart, 2013), there are some unexplainable events here that may have supernatural roots. Readers will be as interested in discovering what’s next for Elspeth and Peter as they are to unravel the mysteries of the forest." -- Booklist

"An ancient pagan legend concerning a murderous mage casts its dark shadow over contemporary events in this sinuous occult thriller....Mann’s characters are well drawn, and the culprit’s genuine occult powers add a frisson of the uncanny" -- Publishers Weekly

"A dark and menacing crime drama with just a hint of paranormal activity to keep the reader on their toes...Mann does a wonderful job of constructing his sleepy little English village." - Seattle Book Review & Manhattan Book Review

"A fun read, with something for fans of the cozy mystery, the thriller, and the supernatural investigation genres." -- Anthony Cardno blog review
or
Not Currently Available for Direct Purchase
Copyright © 2020 American Booksellers Association