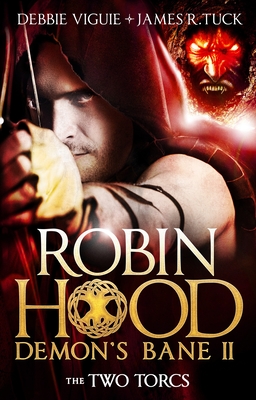 Evil is everywhere. Through terror and dark sorcery, Prince John wields the power of the throne. Lord and peasant alike meet violent ends as the Sheriff’s arcane beasts spread fear and death.

A small group of rebels oppose John, striking from Sherwood Forest...the one place his creatures cannot pursue them. Though their numbers grow, so do the forces of darkness. Unless Robin and Marian fulfill the ancient prophecy of the Two Torcs, the forest will be overrun, and England will fall.

Debbie Viguié is co-author of the New York Times bestselling “Wicked” series, the “Wolf Springs Chronicles”, and the “Crusade” books, all written with Nancy Holder.