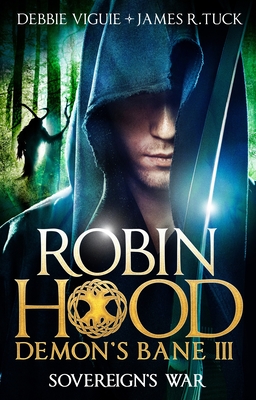 These are dark days for England. The Hood is dead. The Sheriff has summoned an ally—one who leads an army sufficient to enter Sherwood and crush the resistance. Then comes news that King Richard is the prisoner of a pagan ruler. What began as a rebellion has become a war for the throne.
With hordes of demons and men at his disposal, the Sheriff is poised to seize power. A desperate mission is mounted to rescue Richard, while those who remain behind must hold off the enemy. Yet even if the true king returns, an epic battle will erupt, and the outcome cannot be foretold.

Debbie Viguié is co-author of the New York Times bestselling “Wicked” series, the “Wolf Springs Chronicles”, and the “Crusade” books, all written with Nancy Holder.