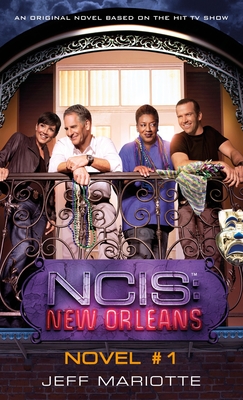 NCIS is charged with apprehending dangerous and elusive criminals that pose a threat to the nation’s security. In a city that keeps surviving disaster, one elite team is dedicated to making its shores a little safer.

During the famous Mardi Gras parade, a young Naval oceanographer plunges to his death from a hotel balcony. It’s up to Pride and his crew to investigate. But this is a case that goes from grisly to utterly strange. A gris-gris bag found in the victim’s belongings, a trail of mystical clues, and the haunting figure of a voodoo loa on CCTV at the crime scene all suggest that dark powers are at work in The Big Easy.

Jeff Mariotte is the author of several tie-in novels to hit TV shows such as Angel, Supernatural, CSI and Las Vegas. He is also a comics writer, working on series such as Angel, Desperadoes and The Shield. Besides writing, he owns his own San Diego bookstore, Mysterious Galaxy, along with his partners Maryelizabeth Hart and Terry Gilman
or
Not Currently Available for Direct Purchase