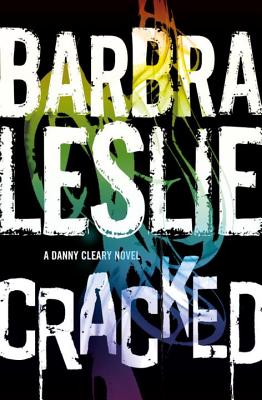 After her stormy marriage ends, Danny Cleary jumps down the rabbit hole into a world of crack cocaine – delivered to her door by a polite but slightly deranged dealer. But when Danny’s twin sister Ginger is murdered, Danny and her rock musician brother fly to California to find their nephews – and the people who killed their sister. Fighting her addiction, nosy cops and crazy drug dealers, she kicks ass and takes names, embracing her inner vigilante in a quest to avenge her sister and save her family.

Cracked is a darkly comic roller-coaster ride to redemption as Danny struggles with bad guys and her own demons to find out who killed her twin.

“An honest portrayal of a woman whose weakness could very well be what keeps her alive.” - Joyous Reads

"This trilogy starter is wild, violent and surprisingly emotional. There’s an honesty in the narrative — told through the voice of a crack addict — that does not apologize. The sibling love is strong throughout; they would literally die for each other." - Romantic Times

"Her writing style and twists can be addictive, even if they're not crack." - Kirkus

"Cracked is a rollercoaster from start to finish, an addictive ride that will leave fans jonesing for the Clearys’ next adventure." - Foreword Reviews

“If you pick up this book, be warned: You are no longer in polite, orderly Canada...Along the road are moments of stark madness, cocaine withdrawal in all its squalid misery and its savage rending of friendships, families, time – Barbra Leslie lived this book and it shows.” - Globe and Mail

Barbra Leslie studied film and theatre at York University, then English at the University of Toronto. She has previously published a novel, Nerve, and a screenplay for straightedge films. She’s been a marketing manager for a major Bay Street law firm, criminal law issues officer for a government ministry, and traveled extensively around the world.
Loading...
or
Not Currently Available for Direct Purchase