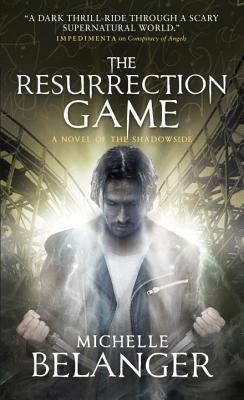 Speeding through the night, Zack Westland seeks to put his nightmares behind him, at least for the moment. Yet when he stops for gas, the chittering sounds of cacodaimons remind him that there is no escape.


Calling upon his abilities as one of the Anakim—a tribe of angels trapped on Earth—Zack dispatches the hideous creatures and seeks to depart before the police can arrive. Then he sees something that chills him to the bone… A man wearing his face.

When a connection emerges between Zack’s doppelganger and a series of ritualistic murders, Zack must call upon his every ally to find this murderer before he can strike again. For all of them are targets, and the sadistic serial killer won’t stop until all are dead.

Michelle Belanger is a member of the vampire community, and a psychic seen regularly on the television series Paranormal State. She’s been featured on programs on HBO, the History Channel, and CNN Headline News, and teaches classes around the country on dreamwalking, energy exchange, and spirit communication.
Loading...
or
Not Currently Available for Direct Purchase