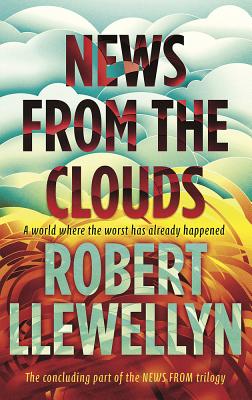 News from the Clouds

ROBERT LLEWELLYN is a novelist, actor, screenwriter, comedian and TV presenter. He wrote his first novel at the age of twelve and published his first grown-up work of fiction, The Man on Platform 5, only thirty years later. He has written stories, books, plays, sketches, and stand-up comedy routines. He has appeared on British television regularly since 1987, including as Kryten in Red Dwarf, a presenter on Scrapheap Challenge and How Do They Do It?, and on the popular video podcasts Carpool and Fully Charged. He lives in Gloucestershire, where he drives an electric car and writes under a rack of solar panels.
Loading...
or
Not Currently Available for Direct Purchase