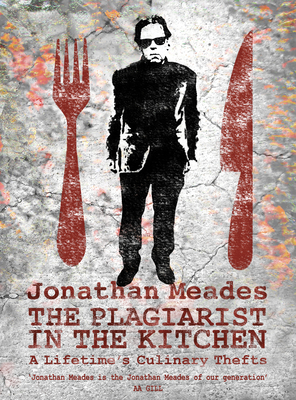 The Plagiarist in the Kitchen

'I adore Meades's book . . . I want more of his rule-breaking irreverence in my kitchen' New York Times 'The Plagiarist in the Kitchen is hilariously grumpy, muttering at us "Don't you bastards know anything?" You can read it purely for literary pleasure, but Jonathan Meades makes everything sound so delicious that the non-cook will be moved to cook and the bad cook will cook better' David Hare, Guardian The Plagiarist in the Kitchen is an anti-cookbook. Best known as a provocative novelist, journalist and film-maker, Jonathan Meades has also been called 'the best amateur chef in the world' by Marco Pierre White. His contention here is that anyone who claims to have invented a dish is delusional, dishonestly contributing to the myth of culinary originality. Meades delivers a polemical but highly usable collection of 125 of his favourite recipes, each one an example of the fine art of culinary plagiarism. These are dishes and methods he has hijacked, adapted, improved upon and made his own. Without assuming any special knowledge or skill, the book is full of excellent advice. He tells us why the British never got the hang of garlic. That a purist would never dream of putting cheese in a Gratin Dauphinois. That cooking brains in brown butter cannot be improved upon. And why - despite the advice of Martin Scorsese's mother - he insists on frying his meatballs. In a world dominated by health fads, food vloggers and over-priced kitchen gadgets, The Plagiarist in the Kitchen is timely reminder that, when it comes to food, it's almost always better to borrow than to invent.

Jonathan Meades is a writer, journalist, essayist and film-maker. He is the author of Filthy English, Peter Knows What Dick Likes, The Fowler Family Business, Museum Without Walls and Pompey. In 2014, he published the first volume of his autobiography, An Encyclopaedia of Myself. His many films for the BBC include Abroad in Britain, Meades Eats, Meades on France, The Joy of Essex, Bunkers, Brutalism and Bloodymindedness and, most recently, Franco Building.
Loading...
or support indie stores by buying on