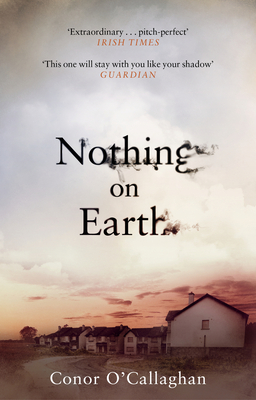 It was a time when nobody called. Early evening, the hottest August in living memory. A frightened girl bangs on a door. A man answers. From the moment he invites her in, his world will never be the same again. She tells him about her family, and their strange life in the show home of an abandoned housing estate. The long, blistering days spent sunbathing; the airless nights filled with inexplicable noises; the words that appear on the windows, written in dust. Why are members of her family disappearing, one by one? Is she telling the truth? Is he?In a world where reality is beginning to blur, how can we know what to believe?


Praise For Nothing On Earth…

"I greatly admired Conor O'Callaghan's Nothing on Earth, as fine as it is frightening." —John Banville

"This one will stay with you like your shadow, as hard to shake off and as impossible to pin down." —Guardian

"Quite extraordinary . . . like many great works, it could so easily have all gone wrong if it hadn’t been done exactly right. All that can be done is to give it the highest recommendation: read it, and find out for yourself." —Sunday Independent

Conor O'Callaghan is originally from Dundalk, and now divides his time between Dublin and the North of England. This is his first novel.
Loading...
or
Not Currently Available for Direct Purchase