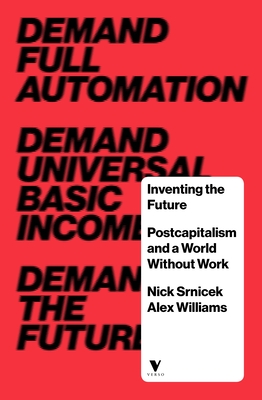 Inventing the Future is a bold new manifesto for life after capitalism. Against the confused understanding of our high-tech world by both the right and the left, this book claims that the emancipatory and future-oriented possibilities of our society can be reclaimed. Instead of running from a complex future, Nick Srnicek and Alex Williams demand a postcapitaiist economy capable of advancing standards, liberating humanity from work and developing technologies that expand our freedoms.

Praise For Inventing the Future: Postcapitalism and a World Without Work…

Alex Williams is a lecturer in the sociology department at City, University of London. He is the author of the forthcoming Hegemony Now (with Jeremy Gilbert).
Loading...
or
Not Currently Available for Direct Purchase