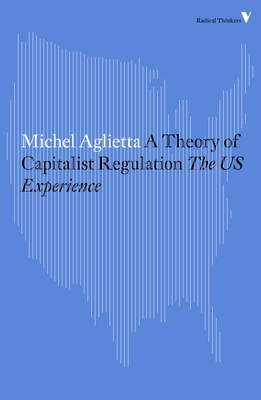 A Theory of Capitalist Regulation

The US Experience (Radical Thinkers)

Michel Aglietta’s path-breaking book is the first attempt at a rigorous historical theory of the whole development of US capitalism, from the Civil War to the Carter presidency. A major document of the “Regulation School” of heterodox economics, it was received as the boldest book in its field since the classic studies of Paul Baran, Paul Sweezy and Harry Braverman.

This edition includes a substantial postface by Aglietta, which situates regulation theory in the context of twenty-first-century capitalism.

Praise For A Theory of Capitalist Regulation: The US Experience (Radical Thinkers)…

“One of the most important and stimulating books in Marxian political economy that have appeared for many years.”
—Capital and Class

Michel Aglietta is Professor of Economic Sciences at the Université de Paris X Nanterre and an advisor to the Centre d’études prospectives et d’informations internationales (CEPII).
Loading...
or
Not Currently Available for Direct Purchase