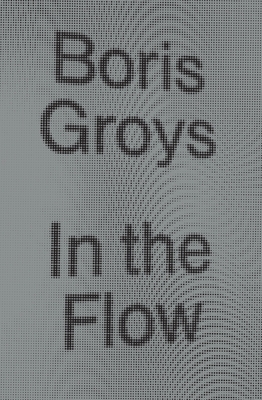 In the early twentieth century, art and its institutions came under critique from a new democratic and egalitarian spirit. The notion of works of art as sacred objects was decried and subsequently they would be understood merely as things. This meant an attack on realism, as well as on the traditional preservative mission of the museum. Acclaimed art theorist Boris Groys argues this led to the development of “direct realism”: an art that would not produce objects, but practices (from performance art to relational aesthetics) that would not survive. But for more than a century now, every advance in this direction has been quickly followed by new means of preserving art’s distinction.

In this major new work, Groys charts the paradoxes produced by this tension, and explores art in the age of the thingless medium, the Internet. Groys claims that if the techniques of mechanical reproduction gave us objects without aura, digital production generates aura without objects, transforming all its materials into vanishing markers of the transitory present.

Praise For In the Flow…

“In the Flow not only aptly describes Boris Groys’ brilliantly astute state of mind when writing this book, but also signals the incredible journey the reader will take around some of the most pervasive cultural constructs of our time: the museum, the archive, and the Internet. In the process of articulating the rheology—or fluidity—of art, each chapter elucidates a new potential for contemporary terminologies and concepts such as activism, participation, aestheticization, infection, and transgression. In the Flow offers a refreshing approach to art theory that opens up the possibilities for ideas to remain mutable while being put into practice.”
—Kate Fowle, Chief Curator, Garage Museum of Contemporary Art

“Most writing about the intersections between contemporary art and contemporary life surrenders, almost instantly, to the seductions of with-it presentism, or, more slowly but inevitably, to melancholy for a lost modernism. Not these essays by Boris Groys. In the Flow tracks the complex dialogue across a century and more between art and philosophy, politics, mass media, lifestyle, museums, and, recently, the Internet. Some flows are familiar, but most are not: from the avant-gardes of the Russian Revolution to the Stalinist state as a total work of art, from Clement Greenberg to Google, and Martin Heidegger to Julian Assange. Written with Groys’ signature penchant for outrageous provocation, breathtaking associative leaps, and productive paradox, these essays are a challenge, and a delight, to read.”
—Terry Smith, author of What Is Contemporary Art?

Boris Groys is Professor of Aesthetics, Art History and Media Theory at the Center for Art and Media Technology in Karlsruhe, and, since 2005, the Global Distinguished Professor in the Faculty of Arts and Science, NYU. He has published numerous books, including On the New, Introduction to Antiphilosophy, The Total Art of Stalinism, and The Communist Postscript.
Loading...
or
Not Currently Available for Direct Purchase