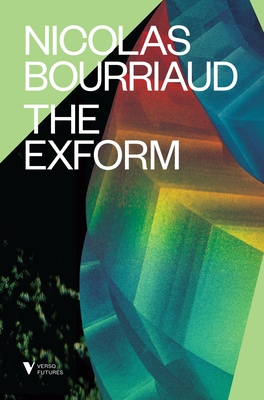 Author of the influential Relational Aesthetics examines the dynamics of ideology

Leading theorist and art curator Nicolas Bourriaud tackles the excluded, the disposable and the nature of waste by looking to the future of art—the exform.

He argues that the great theoretical battles to come will be fought in the realms of ideology, psychoanalysis and art. A “realist” theory and practice must begin by uncovering the mechanisms that create the distinctions between the productive and unproductive, product and waste, and the included and excluded.

To do this we must go back to the towering theorist of ideology Louis Althusser and examine how ideology conditions political discourse in ways that normalize cultural, racial and economic practices of exclusion.

Nicolas Bourriaud is a curator and art critic, as well as the former Director of the École Nationale Supérieure des Beaux-Arts. He was the Gulbenkian Curator of Contemporary Art at Tate Britain from 2007 to 2010, where he curated the fourth Tate Triennial. He is the author of a number of books, including Postproduction, Altermodern, and the highly acclaimed Relational Aesthetics.

Praise For The Exform (Futures)…