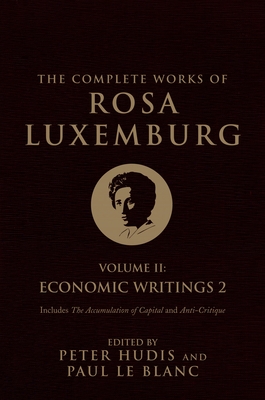 “One of the most emotionally intelligent socialists in modern history, a radical of luminous dimension whose intellect is informed by sensibility, and whose largeness of spirit places her in the company of the truly impressive.”
—Vivian Gornick, Nation

Rosa Luxemburg (1871–1919) was a Polish-born Jewish revolutionary and one of the greatest theoretical minds of the European socialist movement. An activist in Germany and Poland, the author of numerous classic works, she participated in the founding of the German Communist Party and the Spartacist insurrection in Berlin in 1919. She was assassinated in January of that year and has become a hero of socialist, communist and feminist movements around the world.
Loading...
or
Not Currently Available for Direct Purchase