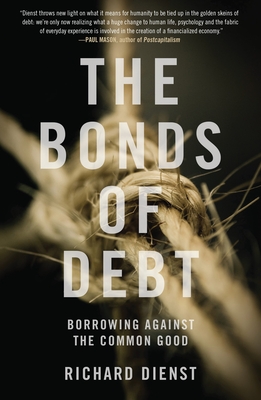 Indebtedness as the universal condition of modern life

Written with humor and verve, Bonds of Debt ranges across subjects—such as Obama’s national security strategy, the architecture of Prada stores, press photos of Bono, and a fairy tale told by Karl Marx—to capture a modern condition founded on fiscal imprudence. Moving beyond the dominant pieties and widespread anxieties surrounding the topic, Dienst re-conceives the world’s massive financial obligations as a social, economic, and political bond, where the crushing weight of objectified wealth comes face to face with new demands for equality and solidarity. For this inspired analysis, we are indebted to him.