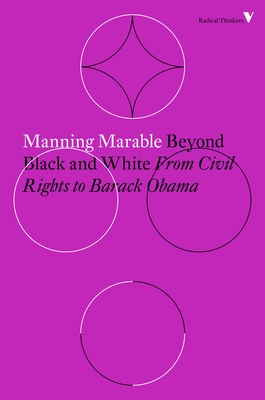 Highly acclaimed dissection of the “new racism,” from one of the greatest radical black intellectuals of our time

Many in the United States, including Barack Obama, have called for a “post-racial” politics; yet race still divides the country politically, economically, and socially. In this highly acclaimed work, Manning Marable rejects both liberal inclusionist strategies and the separatist politics of the likes of Louis Farrakhan. Looking back at African-American politics and the fight against racism of the recent past, he argues powerfully for a “transformationist” strategy that retains a distinctive black cultural identity but draws together all the poor and exploited in a united struggle against oppression.

Praise For Beyond Black and White: From Civil Rights to Barack Obama (Radical Thinkers)…

“This book is important reading for activists and theorists alike, and for all of us who want to be both.”
—Angela Davis

Manning Marable (1950–2011) was a Professor of African-American Studies and of Public Affairs, History and Political Science at Columbia University. His books include Black American Politics, Black Leadership, Living Black History, Beyond Black and White: From Civil Rights to Barack Obama, and Malcolm X: A Life of Reinvention.
Loading...
or support indie stores by buying on