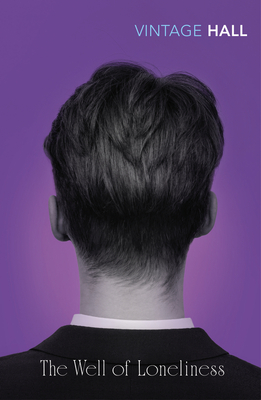 The Well of Loneliness (Vintage Classics)

Stephen Gordon was a little girl who always felt different. A talent for sports, a hatred of dresses, and a preference for horses and solitude were not considered appropriate for a young lady of the Victorian upper classes. But when Stephen grows up and falls passionately in love with another woman, her standing in the county and her place at the home she loves become untenable. Stephen must set off to discover whether there is anywhere in the world that will have her. The edition contains extra material which tells the fascinating story behind the book's controversial publication, trial and ban in 1928.

Radclyffe Hall is the pen name of Marguerite Radclyffe-Hall (1880-1943), an English poet and novelist. Hall was renowned for her open homosexuality, a subject dealt with in her best-known novel, The Well of Loneliness (1928), a semi-autobiographical work and the only one of her eight novels to deal with overt lesbian themes. Her open treatment of lesbianism in The Well of Loneliness occasioned a trial for obscenity; it was banned and an appeal refused, which resulted in all copies in Britain being destroyed. The US allowed its publication after a long court battle. She also published several volumes of verse including Twixt Earth and Stars: Poems and Songs of Three Counties and Other Poems. Her novel Adam’s Breed won the Prix Femina and the 1927 James Tait Black Memorial Prize for Fiction.
Loading...
or support indie stores by buying on