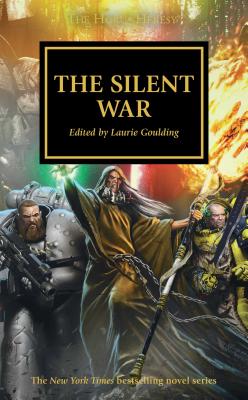 The secretive minions of Malcador the Sigillite take centre stage in an anthology of thrilling tales of subterfuge and treachery.

While loyalist and traitor forces clash on a thousand battlefields across the galaxy, a very different kind of war is being fought in the shadows - a war of subtlety and subterfuge, unknown to many, but one that surely holds the key to victory for either side. As Rogal Dorn and his Legion prepare to defend the Solar System against the armies of the Warmaster Horus, Malcador the Sigillite charges his many agents and spies with missions of the utmost secrecy. The future of the Imperium is being shaped by unseen hands... This Horus Heresy anthology contains thirteen short stories by various authors including James Swallow, John French, Chris Wraight and many more. It also contains Anthony Reynolds' return to the hallowed halls of the Imperial Palace in his novella The Purge.

As part of Black Library's editorial team, Laurie Goulding worked on many projects, most notably Visions of Heresy, Mark of Calth, Shattered Legions and the boxed games Betrayal at Calth, Deathwatch: Overkill and Burning of Prospero. He now works in Santa Monica, California, in the video games industry.
or support indie stores by buying on
Copyright © 2020 American Booksellers Association