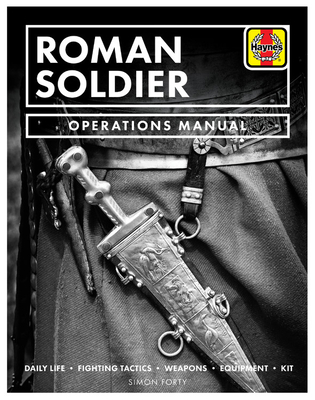 The history of the Roman Empire and its technological and military prowess resounds through the ages. At its height, the empire covered five million square kilometres and held sway over 70 million people. How did a small city state in Latium achieve such prominence and carve an empire against which all other empires are measured? The answer is, in part, the Roman Legionary. It was Roman soldiers who carved out a foothold in Italy from warring neighbours. It was the legions who made safe the empire from external menaces – such as the Carthaginians, Greeks and Parthians – and who defeated fierce tribal leaders such as Boudicca in Britain and Vercingetorix in Gaul. It was the Roman legionaries who did much of the early building in these provinces and who policed the new borders. They maintained internal order, crushed rebellions by subjects or slaves, and provided the necessary muscle for imperial governors.

Unique in so many ways, the Roman Army was the most feared fighting force of the ancient world, partly because of its outstanding discipline and organisation, but also because the men who made up its legendary legions were well trained, experienced warriors. The Roman Soldier Operations Manual gets to grips with what we know about the men of the legions, and includes fascinating detail on kit, equipment, weapons and insignia, as well as their unique fighting formations and battle tactics.

Chris McNab specializes in military history and military technology. He has published more than 100 books, including the Haynes Kubelwagen/Schwimmwagen Manual, Roman Soldier Operations Manual, Dreadnought Battleship, Siege Warfare, Falklands War, and the RAF Chinook Manual. Chris has also written extensively for major encyclopedia series, magazines and newspapers, and has made TV appearances as an expert commentator for Discover, Sky and History channels.