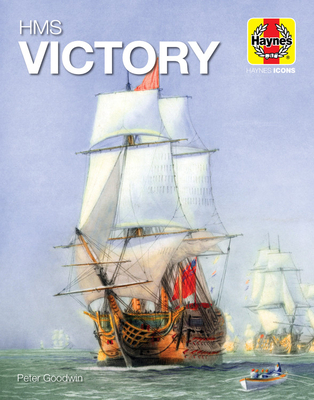 When she was launched in 1765, HMS Victory was the ultimate warship of the Georgian era. As Admiral Lord Nelson’s flagship at the Battle of Trafalgar in 1805, she has since become inextricably linked to the memory of Britain’s greatest naval hero. The Victory was built in the 18th century, with an expected life span of less than two decades, so the fact that she survives today – over 250 years later – is remarkable. Published with the cooperation of the Royal Navy, this book takes readers on board Nelson’s Victory to examine the innermost workings of this maritime icon – from stem to stem, above and below decks.

Peter Goodwin was a marine engineer in the Royal Navy in both surface ships and nuclear submarines until 1991, when he was appointed the first Keeper and Curator of HMS Victory. He has a life-long interest in 18th century ship construction and is widely acknowledged as a leading authority on the sailing man-of-war. In this capacity he was the advisor for the film Master and Commander and the BBCTV series Persuasion.