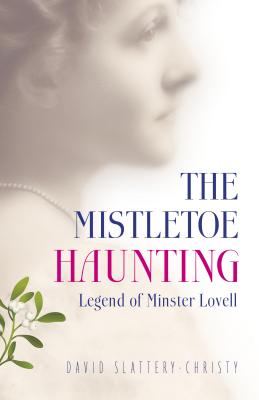 A Mistletoe Bride is murdered on Christmas Eve, 1893. Her ghost haunts the family stately home, Willow Manor, until her remains are discovered and the truth revealed. Set in the present day and Victorian England, the tragic young bride can at last share her story and put right the terrible injustice that destroyed her family and those she loved. The city of Oxford's Randolph Hotel, and the village of Minster Lovell, the site of the stately home, are the locations for this heartwrenching story of deceit, love and betrayal. The Mistletoe Bride, a local legend, was popularised in a poem by Thomas Haynes Bailey in 1884, and then set to music to become the popular song: The Mistletoe Bough.

David Slattery-Christy is an author and playwright. He studied journalism for his BA Hons Degree (City University London), a Teaching Degree at Lancaster University and Masters Degree at UCLAN. He has written and published several plays and books and also worked on the Oscar- and BAFTA-winning film Gosford Park. His Novello biography In Search of Ruritania was featured on BBC Radio 2 as part of the BBC's Great War Commemorations. More information at www.christyplays.com
Loading...
or
Not Currently Available for Direct Purchase