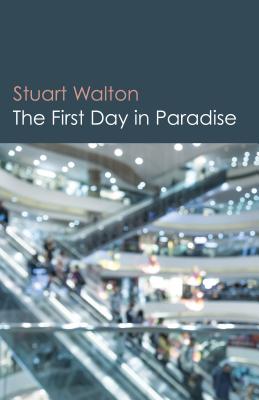 The First Day in Paradise

The First Day in Paradise tells the story of a young orphaned family who have been passed on from one set of relations to another, and whose eldest sibling, Adam, becomes enthralled by the impending opening nearby of a gigantic and beautiful shopping-mall by a flamboyant entrepreneur. To the consternation of his aunt and uncle, who run a small business, he joins the staff of one of its stores, and begins a dizzying ascent through the ranks, until circumstances induce him to question whether his entire value-system has become corrupted. Functioning both as social-economic critique, and as a personal moral fable about the conjuration of ambition from present-day consumer culture, The First Day in Paradise is an engrossing and layered tale loosely modelled on Dante's Paradiso, but most of all it's simply a great read.

Stuart Walton has been a journalist and author since 1991, when he began writing about wine and reviewing restaurants. Since then, his work has broadened to encompass philosophical and cultural-historical themes. He lives in Torquay.
Loading...
or
Not Currently Available for Direct Purchase