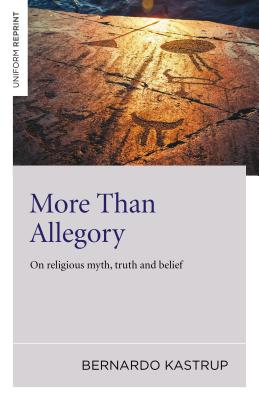 On Religious Myth, Truth and Belief

This book is a three-part journey into the rabbit hole we call the nature of reality. Its ultimate destination is a plausible, living validation of transcendence. Each of its three parts is like a turn of a spiral, exploring recurring ideas through the prisms of religious myth, truth and belief, respectively. With each turn, the book seeks to convey a more nuanced and complete understanding of the many facets of transcendence. Part I puts forward the controversial notion that many religious myths are actually true; and not just allegorically so. Part II argues that our own inner storytelling plays a surprising role in creating the seeming concreteness of things and the tangibility of history. Part III suggests, in the form of a myth, how deeply ingrained belief systems create the world we live in. The three themes, myth, truth and belief, flow into and interpenetrate each other throughout the book.

Bernardo Kastrup has a Ph.D. in philosophy and another in computer engineering. He has been a scientist in some of the world's foremost scientific laboratories. His main interests are metaphysics and philosophy of mind.
Loading...
or support indie stores by buying on