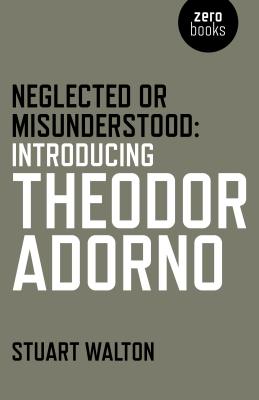 While Theodor Adorno has continued to be influential since his death in 1969, his very centrality has led to the left simplifying his ideas while the right placed him at the center of a myriad of wild conspiracy theories, all of them filed under the category of Cultural Marxism. Adorno has wrongly been blamed for everything from the Beatles to postmodernism, but he has continued to be read, if read badly. Stuart Walton's introduction to Adorno attempts to explain how this idiosyncratic thinker reframed elements of the Hegelian-Marxist dialectical in the fields of philosophy, sociology, politics and aesthetics and to rectify some of the major misunderstandings about Adorno and the Frankfurt School. When Walton began studying Adorno at Oxford in 1983 he felt that Adorno was nowhere in the English-speaking world, but that he should be everywhere. Now Adorno is everywhere, but hardly anywhere sufficiently or deeply understood.

Stuart Walton has been a journalist and author since 1991, and is a published author of work in the fields of cultural history and philosophy. He is also known for his no holds barred writing on wine and restaurants. Walton lives in Torquay.
Loading...
or
Not Currently Available for Direct Purchase