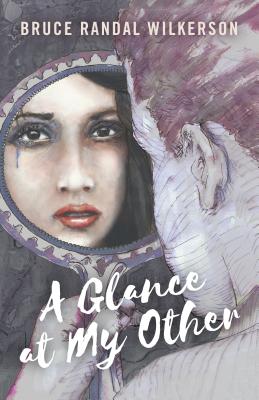 A Glance at My Other

Paris was only supposed to have been be a break from college when Josh Cohn is evicted from his lodging. But whilst sulking in a bistro he notices a beautiful Arabic girl who, minutes later, he witnesses drowning. In the same moment he pulls Neila's unconscious form from the water, Josh is killed and the two strangers' spirits meet... Josh's consciousness is thrown into the young girl's body. Immersed in the unfamiliar fundamentalist lifestyle of Neila's family, Josh struggles for Neila's rights when she is forced to wear the hijab. Treated as insane for trying to escape, Josh becomes a prisoner to Neila's violent eldest brother, who has just returned from the jihad. When Josh discovers that Neila had killed her father and he informs the police about her brother's doings, he must unravel the mysteries, escape, or be killed again.

Bruce Randal Wilkerson is originally from the USA, having remained in France after finishing his studies in fine arts, English and French. He teaches EFL to handicapped children, as well as the Argentine tango. Wilkerson lives near Paris, France. A Glance at My Other is his debut novel.
Loading...
or
Not Currently Available for Direct Purchase