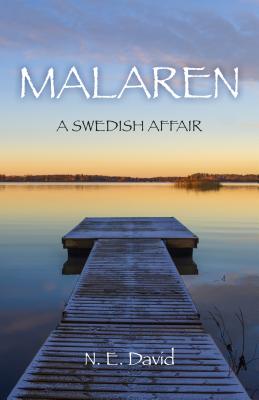 Alan Harrison is a perfectly ordinary, middle-class, middle-aged and happily married man. But when his wife, Susan, suddenly dies, his life starts to disintegrate. Rather than stay at home where the memory of his wife still haunts him, he decides to spend the summer in Sweden at the invitation of his in-laws. On the shores of Lake Malaren, he discovers fresh reasons for living and a contentment he had not previously thought possible. But unexpected guests arrive to disturb his new-found peace and he is forced to take unprecedented steps to recover it. Set against a backdrop of stunning Swedish scenery, MALAREN shows us the redemptive power of physical labour and male bonding as an unlikely hero struggles to overcome his challenges.

N.E.David is the pen name of York writer Nick David. Malaren is his third novel. His debut novel, Birds of the Nile, was published by Roundfire in 2013 and quickly became their top-selling title in adult fiction. His second novel, The Burden, came out in 2015 and is proving equally successful.
Loading...
or
Not Currently Available for Direct Purchase