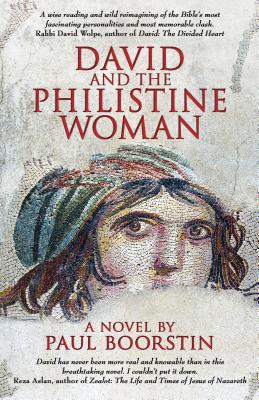 David and the Philistine Woman

Nara is a young Philistine woman who has given up hope of ever finding a husband. No man will take a wife who towers head and shoulders above him. She lives in isolation with her father, until she is discovered by the Philistine priests. They betroth her to Goliath, to give him warrior sons. What happens when Nara's fate collides with that of David, who is destined to face Goliath in combat, will forever transform how you experience this pivotal moment in the Bible... Boorstin reimagines David's dangerous path from shepherd to charismatic leader, interweaving his life not only with Nara's, but with key Biblical characters including King Saul, and Saul's daughter Michal, who will later become David's wife. While faithful to the spirit of the Bible, Boorstin reads between the lines of the ancient narrative to bring immediacy, relevance and even greater meaning to the life of the young Israelite who would become the most beloved character in the Old Testament. David and the Philistine Woman combines exciting storytelling and rich characters to fashion an unforgettable epic. FINALIST in the 2017 Next Generation Indie Book Awards.

Paul Boorstin is an award-winning documentary film-maker and screenwriter. He is also a blogger for the Huffington Post and a contributor to the Los Angeles Times.
Loading...
or
Not Currently Available for Direct Purchase