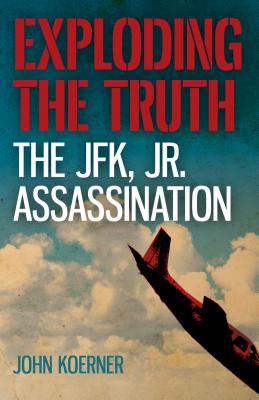 Exploding the Truth: The JFK, Jr. Assassination presents evidence of a conspiracy to assassinate the only surviving son of President John F. Kennedy and considers the motives that many powerful forces had, to make sure he never set foot in the White House. Divided into two parts, Part One examines the potential motives the Bush family, the C.I.A., and perhaps even Israeli intelligence, had to eliminate JFK, Jr. Part Two systematically dismantles the official version of events, that JFK, Jr., crashed his plane due to pilot error, and examines both the evidence of a government cover-up at the crime scene, and the extensive eyewitness reports of an explosion that brought the aircraft down.

John Koerner is an author of several historical books and a professor of American History. He is also the founder of Paranormal Walks, LLC. Koerner has appeared on America's Book of Secrets on the History Channel, and William Shatner's Weird or What on the Discovery Channel. He lives in North Tonawanda, NY.
Loading...
or
Not Currently Available for Direct Purchase