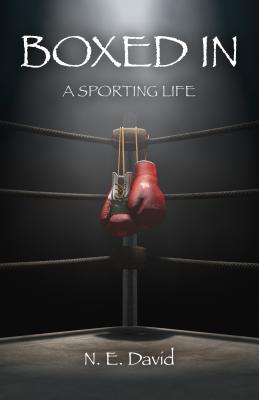 Barry Mullins isn't the sharpest tool in the box. But he has a particular talent - he knows how to fight. A successful career in the ring seems assured but those around him try to take advantage, and when greed, jealousy and ambition conspire, Barry gets backed into a corner. Can he battle his way out? Or will he get dragged down? Fame and celebrity are king, but there can only be one winner, and for those who succeed there are thousands of others with unrecognised talent who fall by the wayside. Boxed In helps us understand their story and gives us clues as to why the promise of youth so often fades. 'In Barry, author N.E.David has created a hero for the age of uncertainty. A book that shines fresh light on our times.' Peter Bartram, author of the Colin Crampton series.

N.E. David is the pen name of author Nick David. His debut novel, Birds of the Nile, was published by Roundfire Books in 2013 and quickly became their top-selling title in adult fiction. A second novel, The Burden, soon followed. Nick's third novel, Malaren, was released in 2016 and was entered for the Man Booker prize. Nick is a founder member of York Authors and formerly co-presented Book Talk on BBC Radio York. He is Chairman of the York Literature Festival and he is a regular contributor to literary events across the North East of England. Nick lives in York, UK.
Loading...
or
Not Currently Available for Direct Purchase